Skip to main content
The temptation to find a personal meaning in a general horoscope reading is overwhelming for many people. [caption id="attachment_1031" align="alignnone" ] 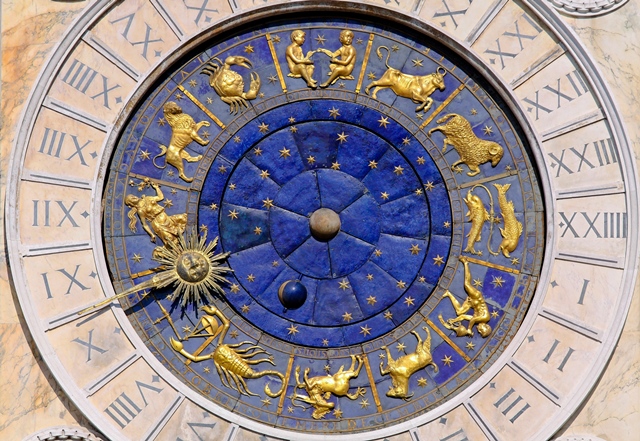 Moon phase clock[/caption] Fans of the horoscope like to believe that particular signs act a certain way because it helps them to categorise and filter people, personality traits and situations. There is also something comforting in being described as ‘trustworthy, dependable and reliable’ – or whatever positive traits are commonly associated with your particular star sign. A Brief History Horoscopes were first used by Ancient civilisations in order to divide time into hours, months and years. They were also used to identify a bountiful harvest and general good fortune. By the 1960s the horoscope, as we know it today, had become a regular bulletin that gave believers some form of longed for identity. Horoscope readings remain popular primarily because they always contain some positive information, and encourage a brief escape from mundane reality. Horoscopes also give us permission to daydream. Positive Beliefs Horoscope traits are mostly perceived as being accurate because people like to conform to the definition of their star sign. We want to be influenced by positive traits and also to have an excuse when things are not going so well. By attaching meaning to the horoscope reading we are comforted by the thought that nothing really bad will ever happen. Our individual star sign traits can be used to define any aspect of our personality, relationships, career and life that we choose. People who trust and believe in the information that horoscopes provide will regularly seek guidance from the concise descriptions they read online and in print. Horoscopes have been used to define careers, choose romantic partners and to select the most auspicious time for a baby to be born. Common Traits Each of the 12 star (or zodiac) signs has specific traits and characteristics that are associated with the symbol that is used to define the sign. The common traits used in horoscopes are usually chosen because they are reflective of many types of personality. Most people reading a particular star sign horoscope will therefore find some semblance of truth in the definitions given. Find out more about your Star sign hereTypical Traits Aries: March 21 - April 19 The Ram is strong-willed and adventurous. Taurus: April 20 -May 20 The Bull has great stamina and can be stubborn and unwilling to give ground. Gemini: May 21 – June 20 The Twins are adaptable, chatty and easily bored. Cancer: June 21 - July 22 The Crab is home-loving but can be sensitive and crabby at times. Leo: July 23 - August 22 The Lion is courageous and makes a good leader. Virgo: August 23 - September 22 The Virgin keeps emotions in check and desires perfection. Libra: September 23 - October 22 The Scales seek peace, harmony, balance and Justice. Scorpio: October 23 - November 21 The Scorpion is assertive and has a sting in his tail. Sagittarius: November 22 - December 21 The mythological Centaur enjoys challenges and loves to reinvent himself. Capricorn: December 22 - January 19 The Goat is practical but not too keen on sharing. Aquarius: January 20 - February 18 The Water Bearer enjoys art and an unconventional lifestyle. Pisces: February 19 - March 20 The Fish can be emotional, unassuming and gullible.
Share this...

Psychic Future is your home for positive guidance and advice. Subscribe to our newsletter. Simply add your email below.